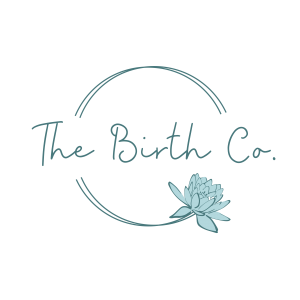 Hormones in Labour and Birth

Hormones in Labour and Birth.

I want to talk about hormones, what are the main hormones that are needed in labour and birth? What their roles are, how we can get that hormonal dance going and make the most of them. Together they create the hormonal orchestration needed to support a physiological birth!

Both Mum and Baby start labour – its not known what comes first, Is is baby that initiates labour? Or Mum? Or both? I’d like to think the later, working together making the magic happen. Hormones in Birth are basically chemical messages sent to each to ensure labour and birth go as efficiently and safely as possible for both Mum and Baby.

Stress can keep hormones from doing their roles. Things like bright lights, medical equipment noises, frequent vaginal exams, language used and people waltzing into your birth space can absolutely send your body into stress, prohibiting certain hormones and increasing others that are not ideal for labour and birth.

Our goal in labour and birth, is to feel private, safe and unobserved. If you are birthing in a hospital, make your birthing environment as close to your home environment as possible, things like, wearing your own clothes, save the hospital attire for the patients! Which you are NOT because you are not sick! Bring your own pillow, familiar smells, music,  dim lighting, having minimal visitors, can all help immensely in the physiological hormonal orchestration that is required to bring your baby earth side.

We are perfectly designed to give birth, we are mammalian creatures. Mammals have been giving birth confidently on their own forever. I like to ask why aren’t mammals fearful of birth? Because no one told them to be! We are conditioned to fear birth from such a young age. It’s programmed into us, through what we see on TV/ movies, hearing other peoples traumatic birth experiences. Birth doesn’t need to be this way. It’s not meant to be feared.

Some of the ways hormones help with labour and birth include;

I will talk about the following hormones and the role they play in labour and birth; 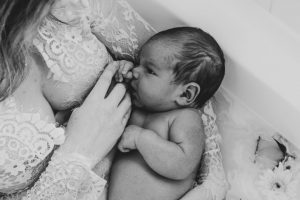 Otherwise known as the hormone of LOVE. Oxytocin helps us feel good, it prompts nurturing feelings and behaviours.

There are receptor cells that allow your body to respond to oxytocin, these increase in pregnancy and then really ramp up during labour. Oxytocin stimulates powerful surges that help to thin and dilate the cervix, building the fundus, moving the baby down and out of the birth canal, birth the placenta, and reduce bleeding at the location of the placenta. During labour and birth, the pressure of the baby against your cervix, and then against tissues in the pelvic floor stimulates oxytocin and surges, the same happens when breastfeeding a newborn.

Low levels of oxytocin during labour and birth can cause problems such as:

Ways you can increase oxytocin during labour and birth;

Our bodies own ready-made pain relief hormone!  You may have higher levels of endorphins near the end of pregnancy. For women who don’t use pain relief during labour, the level of endorphins continues to rise steadily through the labour. (Most studies have found a drop in endorphin levels with use of epidural or opioid pain medication.)

High endorphin levels during labour and birth can at times produce an altered state of consciousness that can help you progress through labour and birth, even if it is long and challenging. High endorphin levels can make you feel alert, attentive and even give that euphoric feeling after birth, as you begin bonding with your baby. In this early postpartum period, endorphins are believed to play a role in mother baby bonding. A drop in endorphin levels at this time may contribute to the “baby blues,” that many women experience for a brief time after birth.

Low levels of endorphins can cause problems in labour and birth by:

Ways you can increase endorphins during labour and birth;

Adrenaline is the “fight or flight” hormone that humans produce to help safeguard survival. Mothers who feel threatened during labour (ie fear or pain) can produce high levels of adrenaline. Adrenaline can slow labour or stop it altogether as it takes blood away from the uterus and transfers it where it’s needed most – to get out of the situation. Think back to earlier days, this helped birthing mothers move to a safer place.

Too much adrenaline can cause;

Known as the “mothering” hormone, this increases during pregnancy and peaks when labour starts on its own. Shown in other mammals, continued Prolactin production during and after labour appears to be preparing a woman’s body for breastfeeding. It may also play a role in moving labour along and helping the newborn adjust to life outside the womb. Prolactin is vital for breast milk production. High levels of prolactin with early breastfeeding may foster women’s mothering instincts and help create that mother baby bonding.

Ways to encourage your body’s production of prolactin by: